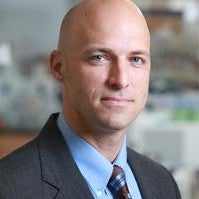 The Rensselaer Board of Trustees has approved David Corr's promotion to the rank of Professor. David Corr joined Rensselaer’s Department of Biomedical Engineering in 2006 as an Assistant Professor and was promoted to the rank of Associate Professor in 2012. David’s research is in the area of soft tissue engineering and mechanics with applications in orthopaedic soft tissues (e.g., tendon, ligament, skeletal muscle), and cell-based biofabrication to engineer stem cell microenvironments and tumor models. More specifically, his research group studies problems at the intersection of tissue engineering and soft tissue mechanics to answer questions such as, how biophysical stimuli influence the development and maturation of single tendon and muscle fibers, grown by directed cellular self-assembly; and how microenvironmental factors (e.g., stiffness, heterogeneity, cellular communication) influence tumor behavior and response to drug, and can be leveraged to direct stem cell fate decisions, by utilizing laser direct write (LDW) bioprinting to engineer spatially-precise microenvironments and cultures.

He was won a number of awards during his time at Rensselaer including an NSF CAREER award and a recent selection as ASME Fellow.