Leo Wan's article on the cover of CMBE 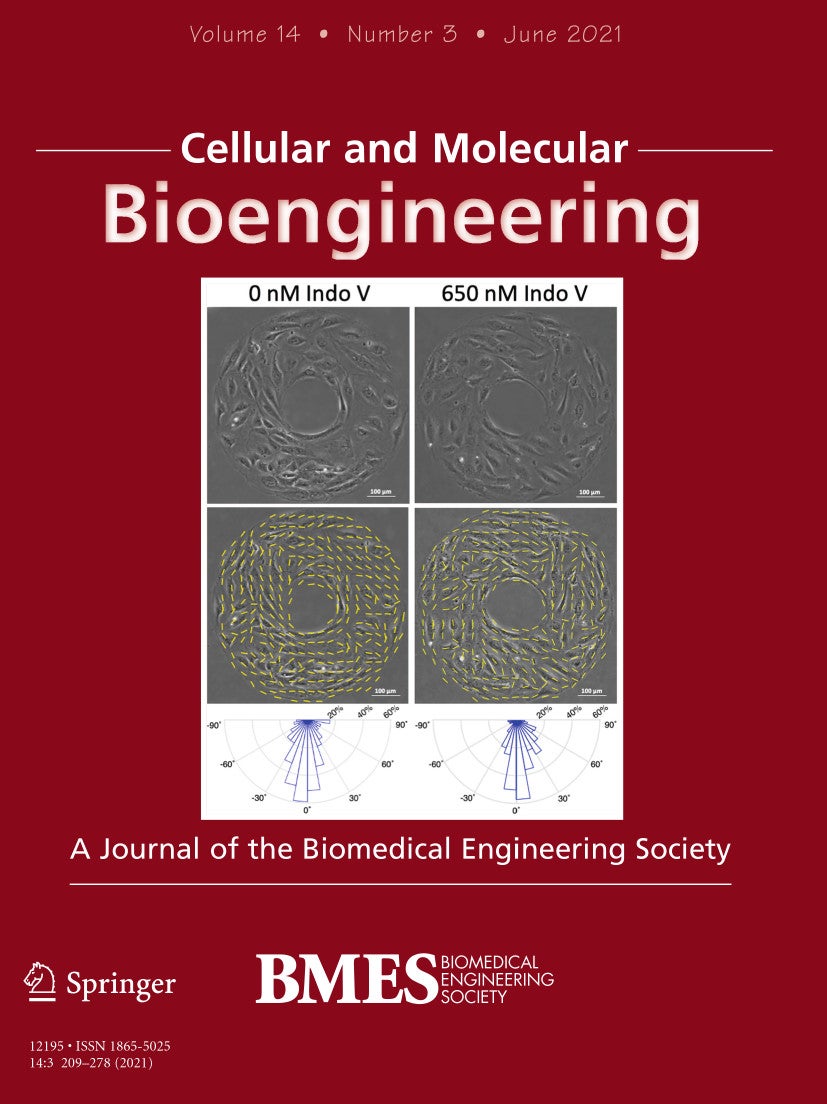 A recent article from Leo Wan's group was promoted to the cover of Cellular and Molecular Bioengineering (CMBE), a journal affiliated with BMES. The title of the article is "Effects of Alzheimer’s Disease-Related Proteins on the Chirality of Brain Endothelial Cells" and the authors are Haokang Zhang, Jie Fan, Zhen Zhao, Chunyu Wang and Leo Q. Wan.

Introduction
Cell chirality is an intrinsic cellular property that determines the directionality of cellular polarization along the left–right axis. We recently show that endothelial cell chirality can influence intercellular junction formation and alter trans-endothelial permeability, depending on the uniformity of the chirality of adjacent cells, which suggests a potential role for cell chirality in neurodegenerative diseases with blood–brain barrier (BBB) dysfunctions, such as Alzheimer’s disease (AD). In this study, we determined the effects of AD-related proteins amyloid-β (Aβ), tau, and apolipoprotein E4 (ApoE4) on the chiral bias of the endothelial cell component in BBB.

Results
The hBMECs have a strong clockwise chiral bias, which can be reversed by protein kinase C (PKC) activation. Treatment with tau significantly disrupted the chiral bias of hBMECs with altered cellular polarization. In contrast, neither ApoE4 nor Aβ-42 caused significant changes in cell chirality.

Conclusions
We conclude that tau might cause BBB dysfunction by disrupting cell polarization and chiral morphogenesis, while the effects of ApoE4 and Aβ-42 on BBB integrity might be chirality-independent. The potential involvement of chiral morphogenesis in tau-mediated BBB dysfunction in AD provides a novel perspective in vascular dysfunction in tauopathies such as AD, chronic traumatic encephalopathy, progressive supranuclear palsy, and frontotemporal dementia.