I have always been interested in examining whether seemingly unconnected areas of my life actually have intersections. For example, two areas that have always interested me are the mechanics of machines such as taking apart lawn mowers in my youth and the wonders of nature. While they seem unconnected, I wonder what are their commonalities, which has lead me to work on this intersection for almost 2 decades toward unifying theories between them. Here I will present how my lab has been looking for nature’s unifying theories that are threaded throughout life. My lab approaches this by envisioning different biological organisms as “systems” and is examining how these unconnected systems intersect. We use our approaches as engineers for investigating these systems in nature looking for unifying principles with some of the same fundamental approaches used on machines such as planes, trains, and automobiles. The biological systems range from mammalian cells to microorganisms to plants (e.g. neurons, magnetic bacteria, energy generating bacteria, Xenopus laevis, stem cells) and we apply principles from mechanical engineering fields (e.g. solid mechanics, control theory, fluidics, heat transfer, design) to understand how these principles may apply across diverse nature-based systems. In addition, I will present in this talk our approaches of using solid mechanics in areas such as cell mechanotransduction. We pursue these goals through developing and utilizing unique custom-built systems as well as nanotechnology, microtechnology, and computational biology. These intersections are especially fascinating to me as biological systems have evolved for distinct reasons (the “initial and boundary conditions” are different). In addition, as an engineer, I truly am interested in building new systems from the knowledge that we obtain in a similar thought process as we use information to build new systems. Thus, I will also present how our lab thinks about nature-inspired design principles at the molecular and cellular levels to work toward generating novel approaches for contributing to technology development and medical applications. 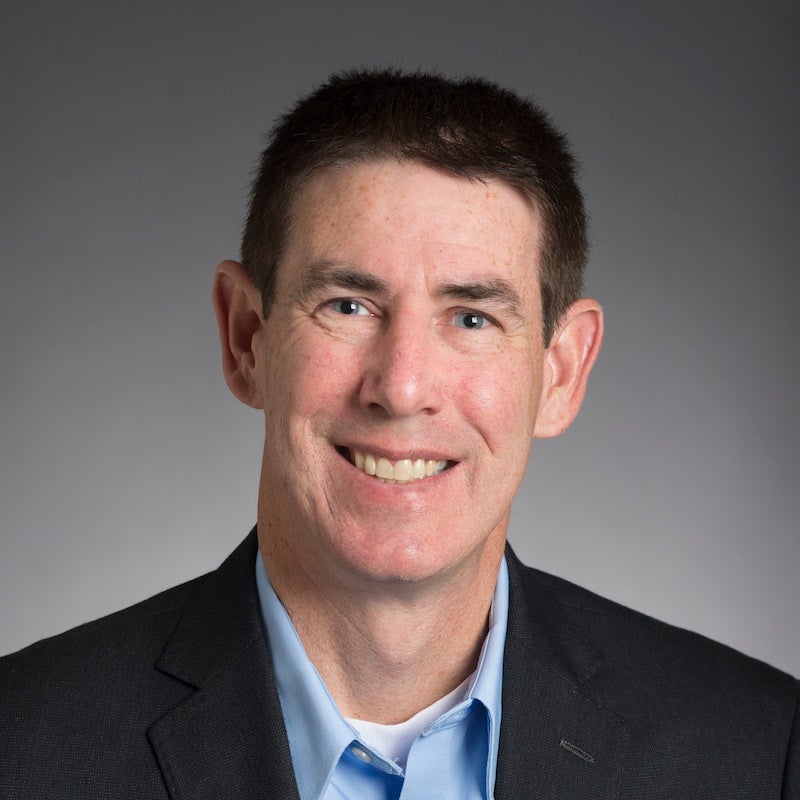 Philip LeDuc (Ph.D. Johns Hopkins University; post-doctoral fellow, Children's Hospital and Harvard Medical School) is the William J. Brown Professor in the Mechanical Engineering Department at Carnegie Mellon University with appointments in Biomedical Engineering, Computational Biology, and Biological Sciences. He has received the National Science Foundation CAREER Award, the Beckman Foundation Young Investigators Award, while also being selected as a faculty member for the Sloan Foundation minority Ph.D. Program. He has also been funded by other organizations including the Bill & Melinda Gates Foundation, Office of Naval Research, Department of Energy, National Institute of Health, and Keck Foundation. During his career, he has published articles in many journals, including Proceedings of the National Academy of Sciences, Nature Nanotechnology, PLoS ONE, JACS, Applied Physics Letters, Methods in Cell Biology, Advanced Materials, Nano Letters, Nature Protocols, and Nature and has given seminars across the world including South Africa, India, and Brazil. He has been on and helped organize many scientific meetings including for the National Academy of Engineering, the National Academy of Sciences, the Institute of Medicine, and the United States Congress as well as being elected to the Science Advisory Council of the Beckman Foundation, and the Board of Directors for the Biomedical Engineering Society and American Institute for Medical & Biological Engineering. He is also a Fellow of the Biomedical Engineering Society, the American Society of Mechanical Engineers, and the American Institute for Medical & Biological Engineering. He has filed numerous patents, has started companies, and has consulted for a diversity of companies. His wife, Rachel, and Philip have a daughter and two sons. He has also been involved with many philanthropic organizations including raising money for non-profit organizations and mission trips to Africa and Armenia.