Electrosurgery is a rapidly developing technology with wide application in both open and minimally invasive surgery. Despite its widespread use, the understanding of the underlying mechanisms of tissue damage in electrosurgery remains limited, causing a large number of accidental burns and tissue injuries each year. Many models have been proposed to study the biophysical effects of radiofrequency current on the thermo-mechanical response of soft tissues. However, efficient modeling of such procedures considering multiscale electro-thermo-mechanical interactions with high physical fidelity remains a challenging problem. We have developed a multiscale-multiphysics model that is shown to accurately predict the tissue damage induced by radio-frequency activation during electrosurgical procedure. This model encompasses a data-driven hybrid approach that leverages the approximation capabilities of deep neural networks and the precision of conventional solvers of governing equations of electro-thermo-mechanical systems for a real-time prediction of tissue damage. The accurate and real-time prediction of tissue damage is expected to improve training and treatment planning with an eventual goal to minimize adverse outcomes in electrosurgery. 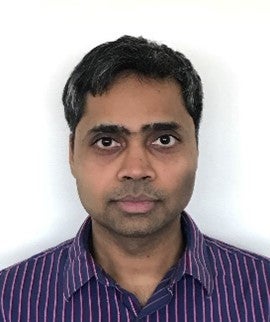 Rahul is a Senior Research Scientist in the Center for Modeling, Simulation, and Imaging in Medicine (CeMSIM) at Rensselaer Polytechnic Institute (RPI). He received his Bachelor’s Degree in Mechanical Engineering from the Indian Institute of Technology (IIT) Guwahati, India in 2004. He spent intervening years working as a Project Engineer in the petroleum industry and then as a Software Engineer at Dassault Systèmes in India, prior to joining RPI where he completed his M.S. and Ph.D. in Mechanical Engineering in December 2011. After graduation, he served as a Lecturer in the Mechanical, Aerospace, and Nuclear Engineering (MANE) department at RPI. His research interest is at the intersection of biomechanics of soft tissues, biomedical imaging, machine learning, and healthcare.